My28 and the exclusive to Smart My28S are decent phones with a fast quadcore CPU but with small RAM of 512MB which causes slowdowns when the phone needs more memory for the running apps, the slow down happen when the phone automatically kill running apps to get memory space. The big draw back of the phone is not the small RAM but the small battery capacity. Here are some tips to extend My28’s battery life.

MyPhone’s my28 powered by Smart

My28 / My28S with Power Management Launcher

1450mAh battery may be good for analog phones but it is bad for smartphones specially those who have  a higher cellphone CPU. I have listed a few tips to extend your phones battery life which also applies to other android phone models.

Turn on your WiFi connection on only if you need it, this will drain a considerable amount of battery life. Bluetooth should only be enabled if you want to transfer files to and from your phone including listening music. GPS should be turned on only if you need assistance to located your location. Most Android phone have the GPS feature but lacks the GPS chip which causes to phone to drain power more due to rough estimates being done by the phone like connecting to all nearby towers to figure out your exact location. Data Connection should only be turned on if you have a good signal coverage. A weak signal/reception will force your phone to boost it’s signal capacity and drain your battery.

One of the biggest battery drainer is the LCD screen itself, if you are mostly going to use your phone in enclose spaces, turn the lights to the lowest. If you are going to go out in the open, turn your light higher to a readable lighting. Android phone screen have issues on open natural light causing the screen to look dim or blurred when hit by direct sunlight. The common error people make is to set brightness to automatic, this make look to be a fine choice but it was not. This causes your battery to drain faster.

Most speed booster just issue force close commands to running apps. Closing an app in android consumes a lot of power and most of the time also consumes more memory. Android was designed to keep most used apps to run on the background and “hibernate” apps that are seldom used. 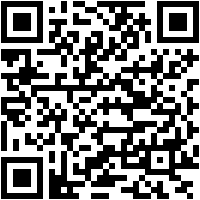 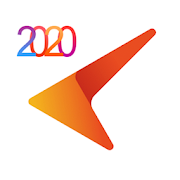 There is always an exception, a properly configured CM Launcher on your My28/My28S prolongs your battery life for about 30%-40%.  It is a small and lightweight launcher that prevents apps from opening when they are not needed, the catch, this launcher eats up a portion of your phone memory and some apps may take longer to start.