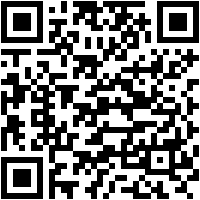 Shop and Beep with your PayMaya

PayMaya was the craze of the town a few months ago. I am not an early adopter of any new technology due to bugs and issues that pop up as a side effect of rushed deployment (mostly the case) or hardware to software integration issue. If I am not mistaken, it is already 2 months since it was first released and I already have my pie share on what it is and how it works.

Physical Card Payment
SmartMoney Charges P100 for the first time request of SmartMoney physical card and can go up to P150 for card replacement. PayMaya cost P100 to get your first card.. In reality, the card is free since you are paying the initial deposit of P100 for the card and it comes with free P30 of Beep wallet credit.

Limits
PayMaya unlike SmartMoney have no usage limit if you don’t opt to get the physical card. You can create your own card on the fly by downloading the application from Google Play and signing up for free. PayMaya is also available via Apple App Store by changing the country to PH from US. This is a Visa regional restriction for prepaid cards.

Telco Lock
PayMaya is not telco dependent in contrast to SmartMoney which is locked to a Smart sim card. You can sign up using your Globe/TM sim cards. This upgrade was first tested with SmartMoney users for almost 6 months resulting to a disliked new feature of SmartMoney which deduct P5 for every P1000 worth of money sent to the receiver. It is basically double charging since the sender was charged and the receiver was also charged. PayMaya charges the sender and the receiver for every money transactions.

Backend
PayMaya is powered by Rocket Internet as the major backend for the system side and was linked to Bancnet/Plus Interbank network. SmartMoney is backed by BDO from Megalink network

Terminal
SmartMoney needs a physical terminal to pay your purchases while PayMaya only needs the partners account in order to pay over the air. The only catch is that you need a working internet connection to complete the transaction.

Physical Card Activation
You can get your generic PayMaya from Jump Stores (Got mine from SM Megamall Jump Store) and selected activation booths. The only group who got a personalized card are the early reviewers (bloggers and media). There was no news on when you can get your name printed on the card since personalized (named) cards are no longer available. You only need to wait 5 mins for the card.

You can get your SmartMoney card from any Smart Store but the physical card will be mailed with an average time of 7 days to 2 months. Yes, they take a very long time before they got delivered which gives a better edge for Paymaya.

Contact Less Payment (Beep)
PayMaya have a Beep chip embedded inside the card for those who opt for the physical card version. The primary use of the physical card is for card swiping and as contact-less payment for MRT/LRT.

A prepaid physical card for swiping and with contact less payment chip was first introduced by BDO. I had the theory that BDO was the first company that Smart approach for this new product however, things got sour before the deployment date. BDO cash card with contact less chip is expensive to have due to the fees and there is a load limit per month. You will loose your contact less wallet balance if you lost the card and you can only use it as payment for physical swiping.

Terminal Less Payment
One of the strong points for PayMaya is the terminal less mode of payment. As long as you can go online and connect your PayMaya account, you can readily pay your bill using the app menu which is a nice feature.

Loading Methods
You can load up at any 7-Eleven at the Cliqq kiosks, and at Robinson’s & SM Business Centers. You can also load up from Selected Smart Padala outlets but technically, all Smart Padala users and SmartMoney users can load you up.

If you have a Smart Money account, you can go to the Smart Money SIM Menu, select Transfers and then click on Others. Enter 8877+Mobile Number of the PayMaya load-up recipient. (ex. 88779181234567). Enter an Amount, your WPIN, and Send. 8877 is a requirement to be added at the start of your phone number to tell the server that you are intending to pass credits to a PayMaya card. Forgetting the 8877 required number will trigger a SmartMoney to SmartMoney transfer.

Beep Chip
There is no direct way as of the moment to reload your Beep chip other than reloading the chip on Beep reloading terminals. I hope this feature can be automated in the coming year 2016.

PayMaya is your SmartMoney and Beep card